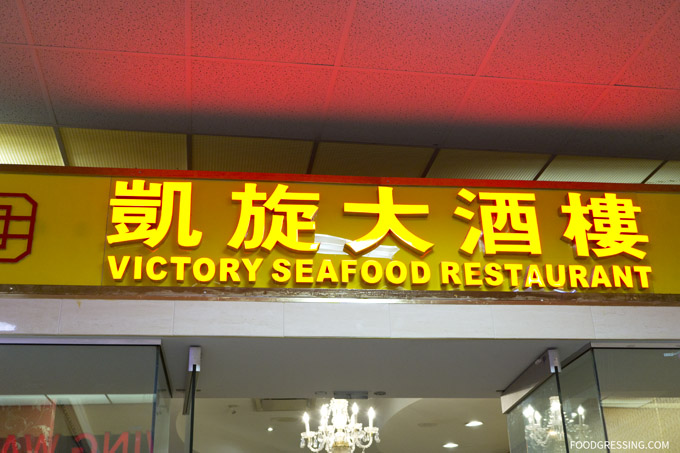 Disclosure:  I was invited by Chinesebites.com to attend a complimentary media tasting at Victory Seafood Restaurant.  Opinions are my own.

When I entered Victory Seafood Restaurant, I couldn’t help but be impressed by the grandioseness of their space.  Floata in Chinatown still has got much square footage on them, but for a restaurant inside a mall, it is sizeable. 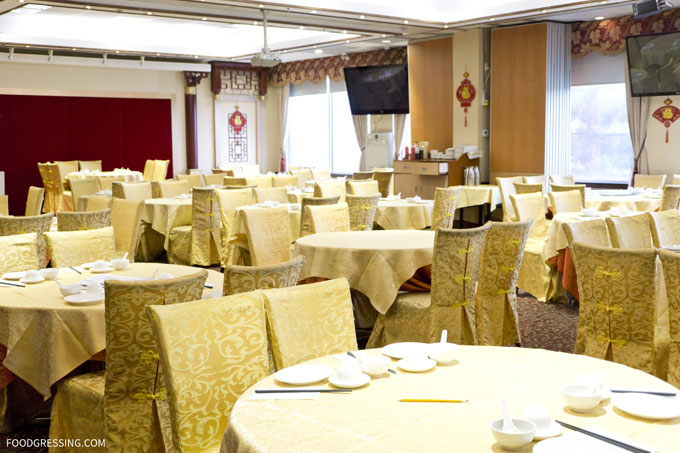 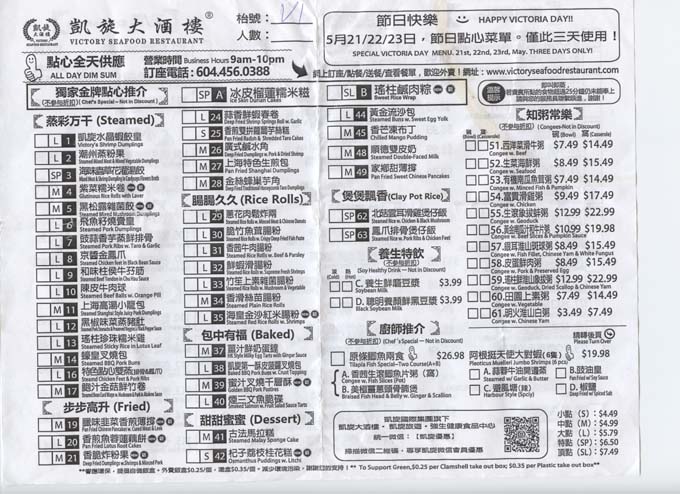 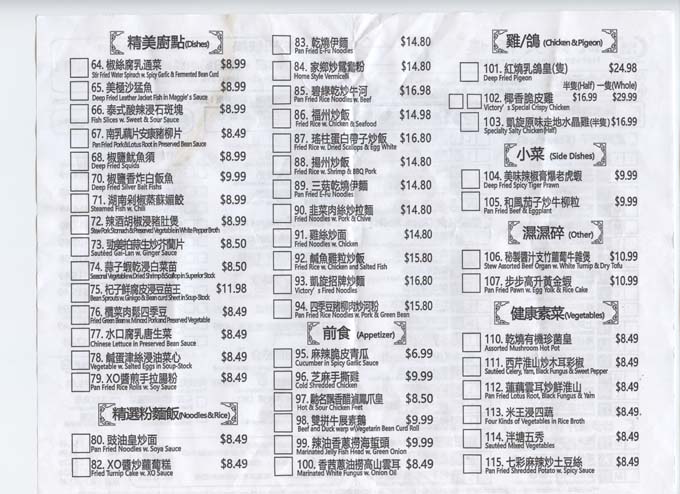 Check out my video of our table full of dim sum dishes:

The 37 dishes that we had included: 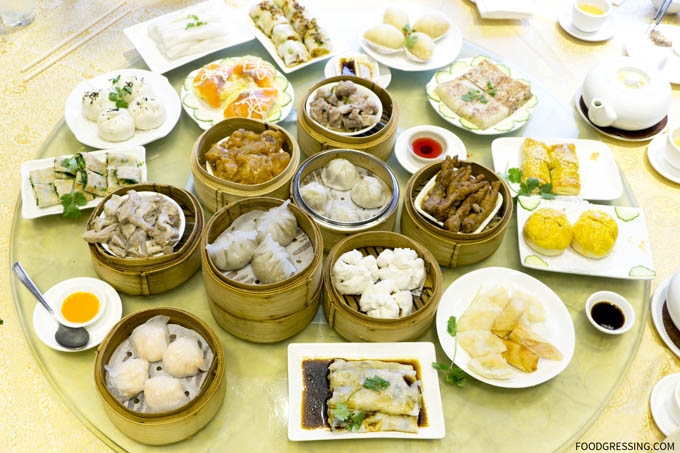 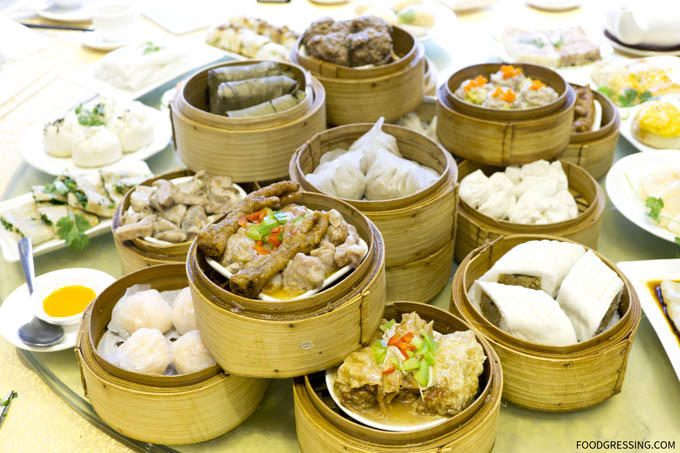 I tried several items but definitely not all as I had gotten very full.  In general, I thought that the dim sum I tried was good.  I quite enjoyed the Golden BBQ pork pastries which had a nice flaky pastry shell and juicy BBQ pork filling.  Victory’s shrimp dumplings were on point with plump and meaty shrimp fillings with a slightly crispy texture.  The wrapper was thin, translucent yet firm.  The steamed rice rolls that I tried (supreme fresh shrimps, mushroom & vegetable, and crispy deep fried fish paste) had a nice smooth, silky texture with a savoury filling.  The steamed BBQ pork buns were soft and fluffy on the outside with a moist and sweet filling.  I enjoyed having the pan fried lotus root cakes plain rather than dipping into a sauce; they were crispy in texture.  The pan fried Chinese pancakes with cured meat & leek were just okay and not too greasy. 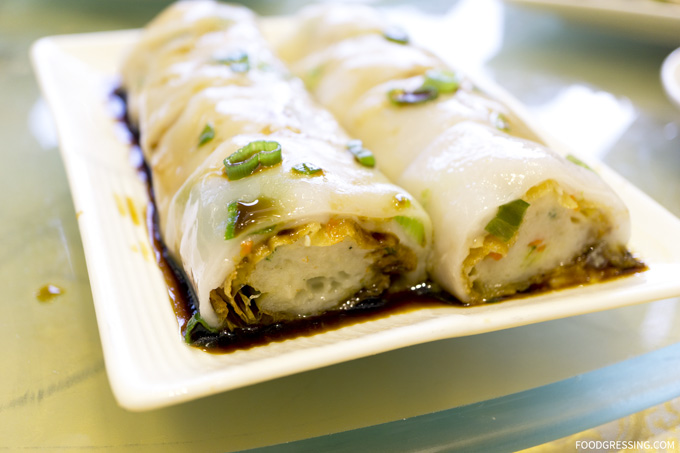 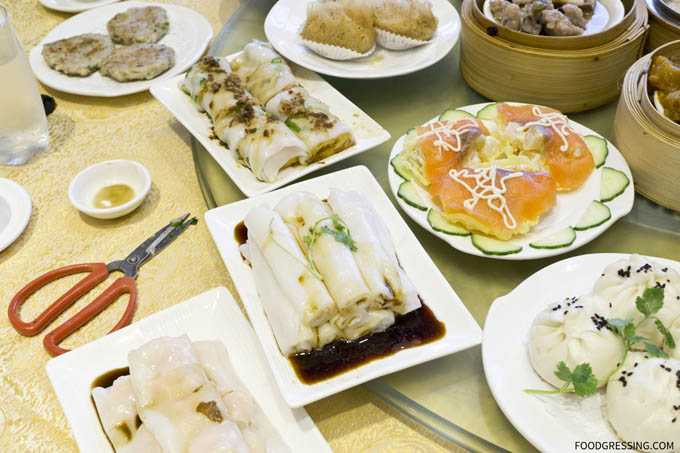 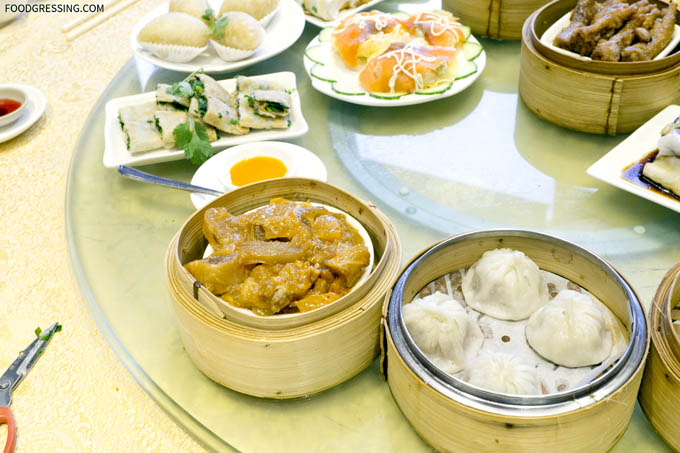 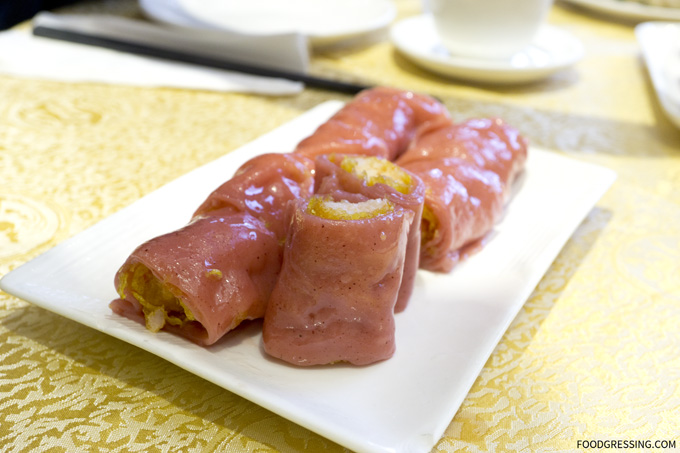 I thought that the steamed Shanghai style juicy pork dumplings could improve with a juicier filling.  The smoked salmon with fruit salad sauce tarts was my least enjoyed dish – the sweet flavours of the fruit salad with mayo did not go well with the smokiness of the salmon.

All in all, I thought that Victory Seafood’s dim sum dishes were good though perhaps priced on the higher end.  Of the dishes I tried, there were certainly more dishes that I enjoyed than disliked.  Rating: 3.5/5