It has been five months since my last visit to The Ramenman when they had just opened.  Recently, I came across their Facebook post announcing that they were having grand re-opening.  They apparently were closed for about two months due to renovations.  As part of their grand re-opening, they are having ramen specials including $5 for their regular ramen until Friday, May 6.  The promotion was certainly enticing and I visited The Ramenman yesterday for some ramen. 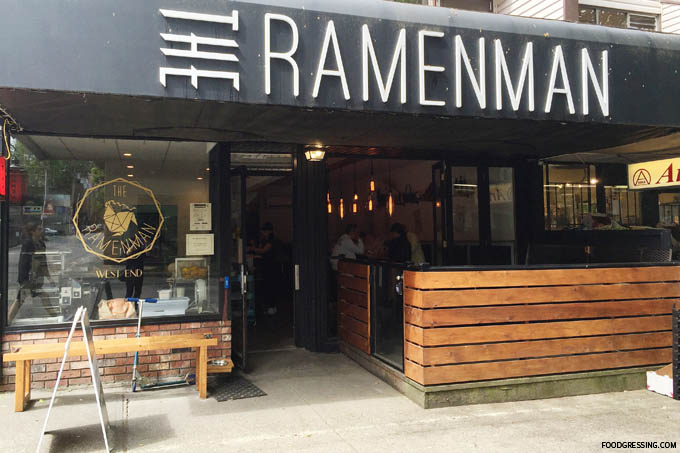 Based on their Facebook post, The Ramenman has a few new improvements.  First of all, they make all their ramen noodles in house now.  A Granville Island sake maker’s sparkling sake is now available on tap for the first time in town.  The restaurant itself has a new bar counter overlooking the open kitchen.  Furthermore, they are going to introduce a new ramen after their promotional week. 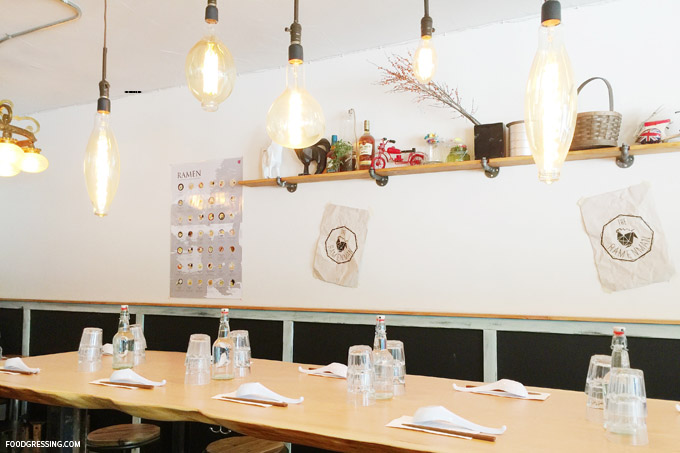 All of the ramen at The Ramenman is in chicken broth.  Their grand re-opening menu has four ramen options:with clams ($7), in a chicken stew ($6), vegetable broth with miso ($6) or regular chicken soup broth ($5).  For all ramens, you have a choice of char-sui: pork, chicken or one of each.  A ramen egg or 63 degree egg (poached) is an extra $1.  They also have kara-age and gyoza for $4 each. 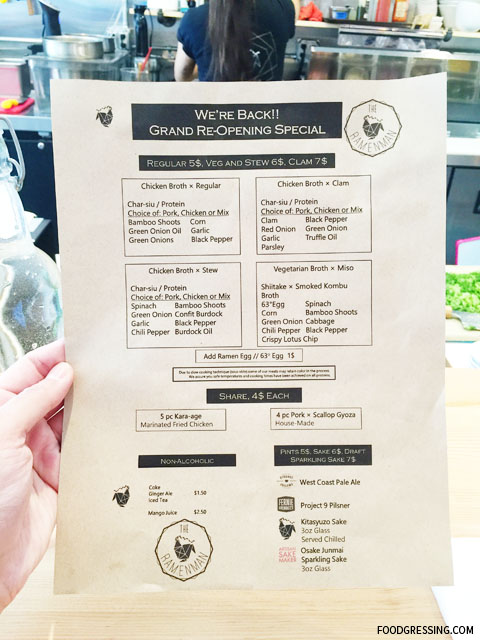 My husband and I went for a late lunch and we sat at their new bar counter.  We got to see some kitchen action during our meal.  We enjoyed a regular chicken broth ramen with a 63 degree egg as well as a clam ramen in chicken broth with a ramen egg.  We also ordered the five piece kara-age. 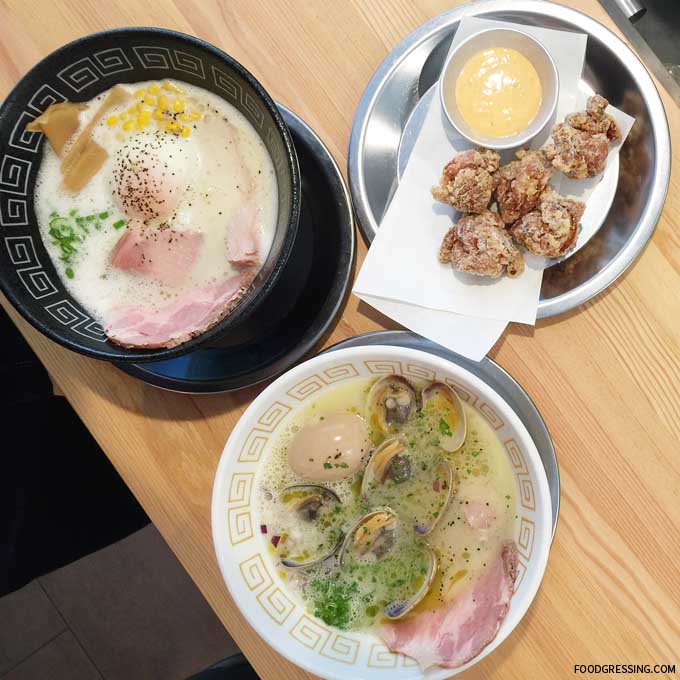 I really enjoyed the kara-age which was fried perfectly with tender, juicy chicken on the inside. 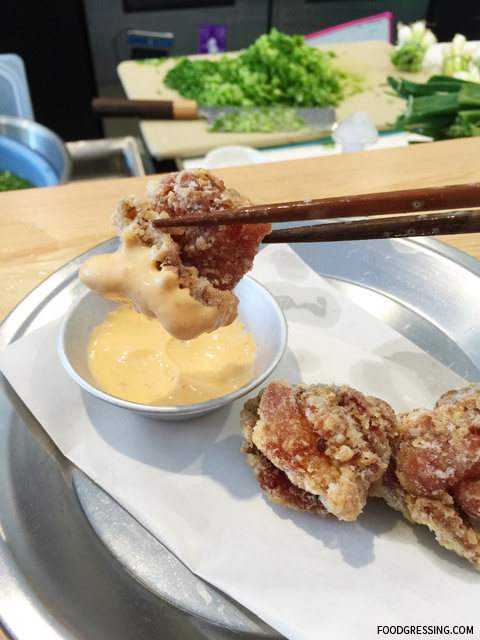 Their house-made noodles which were al-dente.  According to the chef, they are aged for one day to ensure the right flavours.  I love that they are additive-free compared to other ramen houses where they use pre-made noodles. 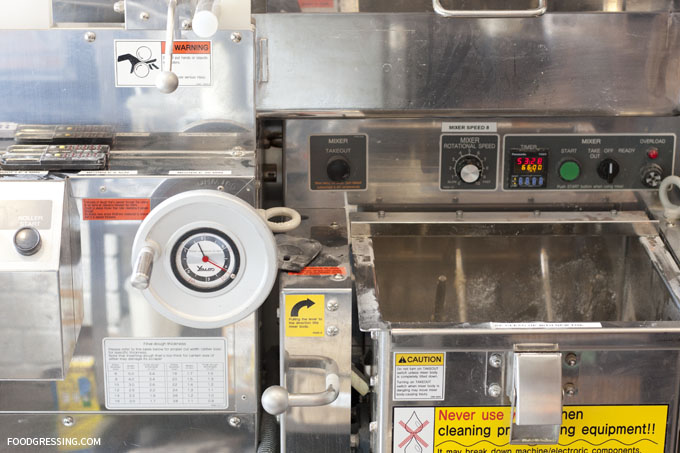 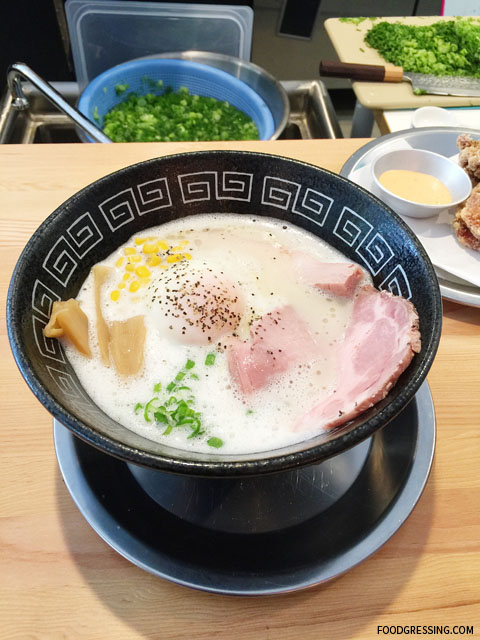 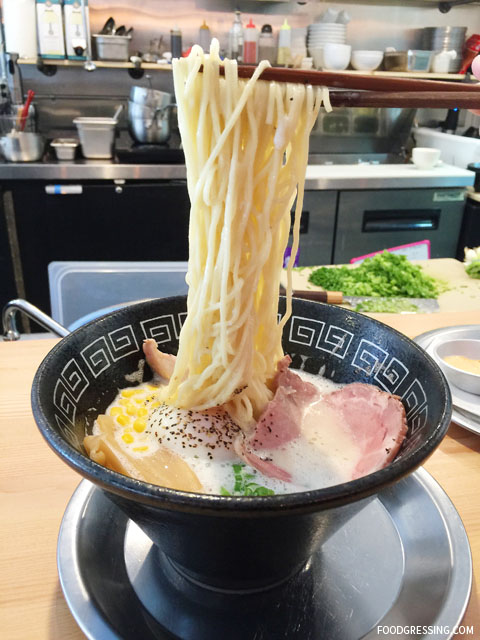 I prefered the regular ramen but my husband liked the clam ramen more.  The clam portions were reasonable and definitely had more of a “taste of the sea.” 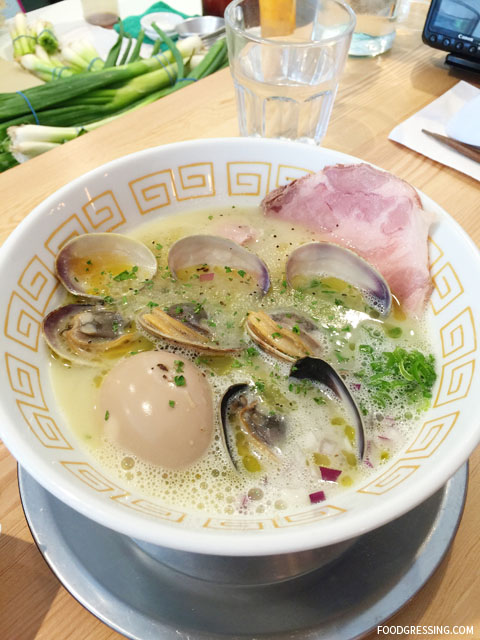 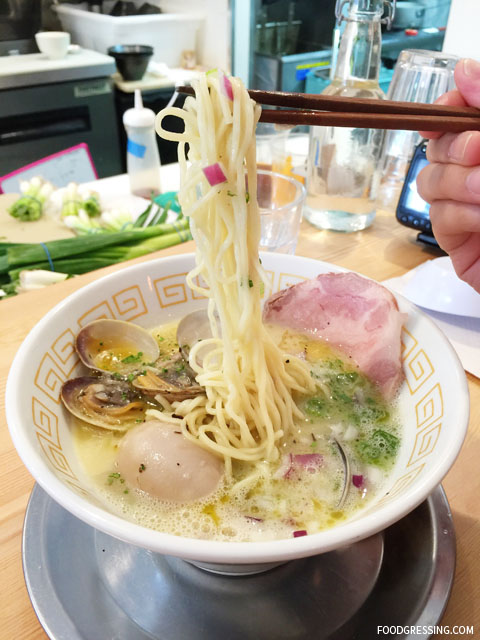 I enjoy The Ramenman’s method of preparing the meat sous-vide resulting in a more succulent, tender and moist meats without the heaviness and greasiness.  I love their new bar counter which gives you a chance to see how the food is being made.  The chicken kara-age was surprisingly good as well.  Be sure to get in on their ramen promotion which ends on Friday! Rating: 4/5

To read more about my first visit to the Ramenman, see here.  For more of my ramen adventures, follow my ramen tag.