A hidden gem in Abbotsford is The Polly Fox, the city’s only dedicated gluten-free bakery which opened last year.  Open for breakfast, lunch and weekend brunch, you’ll find 100% gluten and allergen-free baked at The Polly Fox.  This past week, I had the opportunity to visit The Polly Fox and learn more about their story. 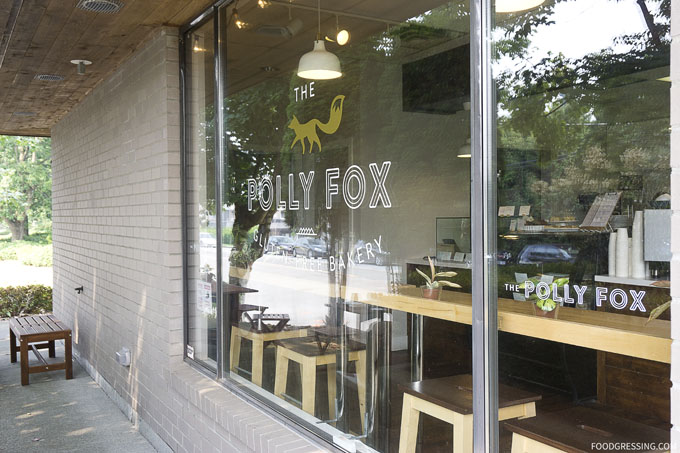 Disclosure:  This is a media visit where all food and drinks were complimentary.

The two girl bosses behind The Polly Fox are Kelsey Krahn and Kaitlin Simoes who are real-life sisters-in-law.  Kelsey, who is Celiac, was inspired to start The Polly Fox – a place that offers worry-free fare to those who are also Celiac or suffer from peanut and soy allergies. 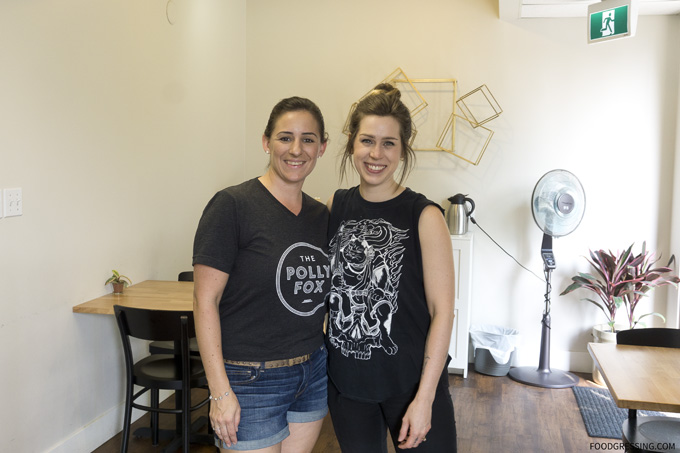 The interior of The Polly Fox is clean, warm and inviting.  There are tables along one side of the cafe, seating along the window, and tables outside. 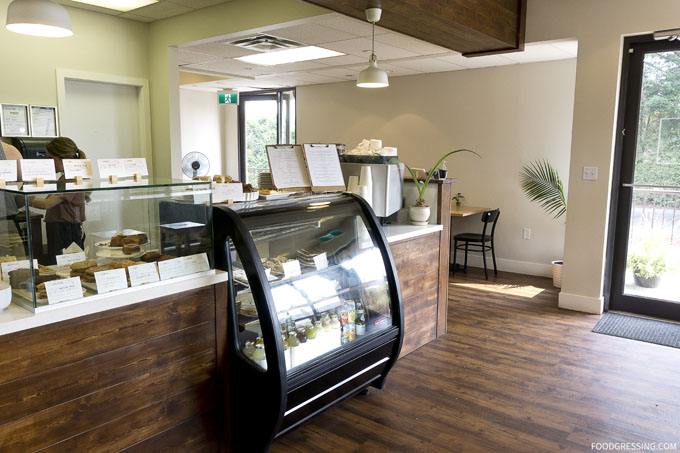 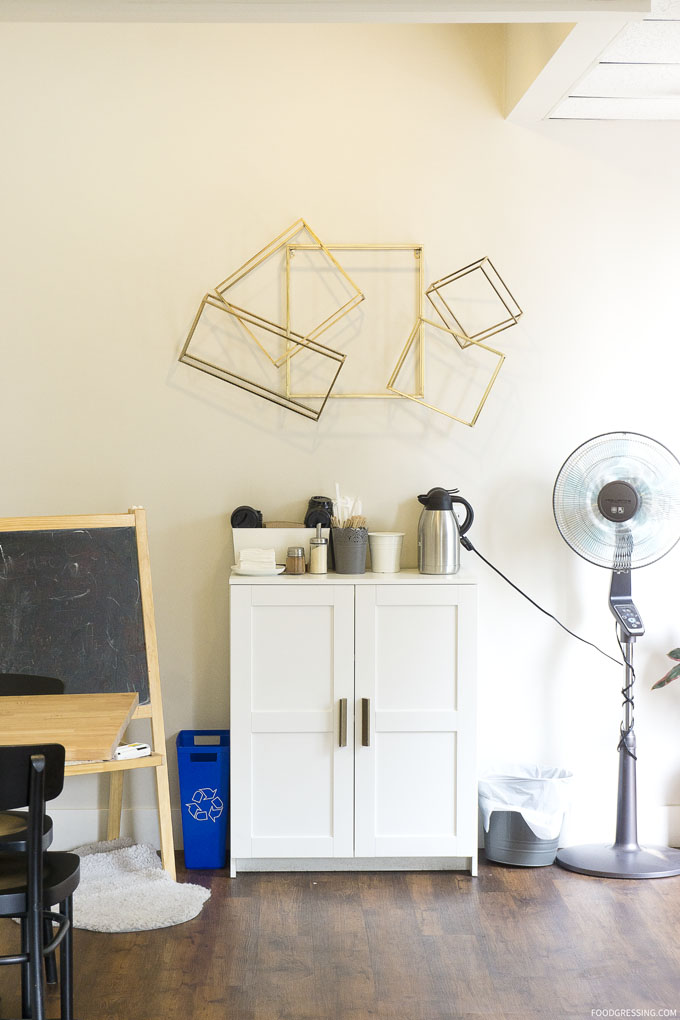 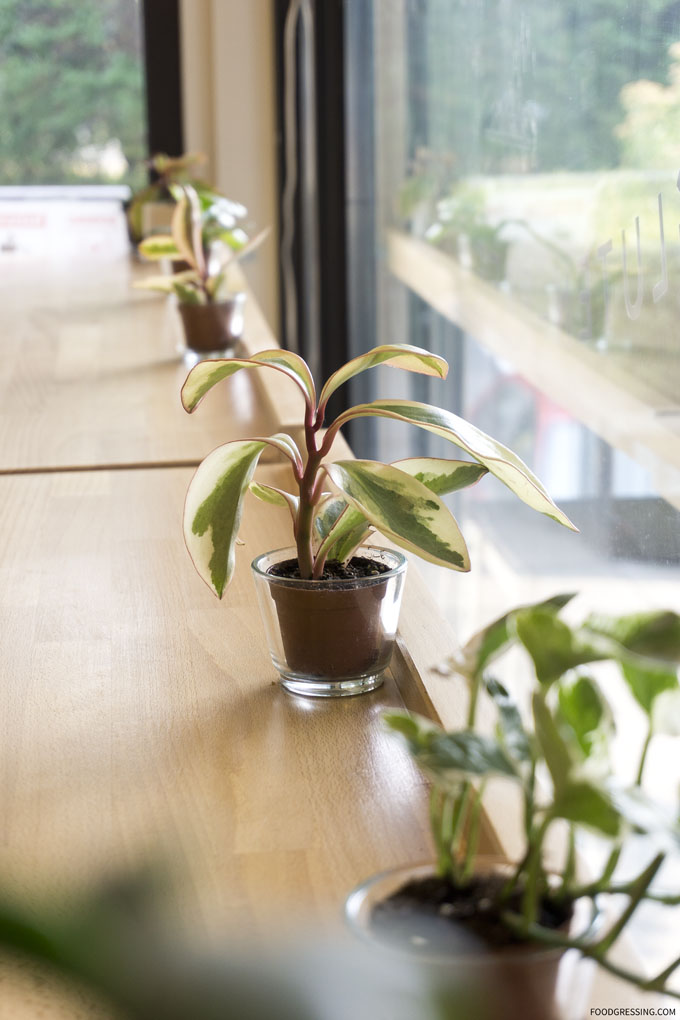 My friend, Sonia, and I enjoyed a late morning coffee break on their patio.  For drinks, we had the Rosewater Almond Latte and Spanish Latte.  A few of the treats we tried were the Vegan Donut, Vegan Chocolate Chip Cookie and Vegan Cheesecake and Lemon Bar Mini. 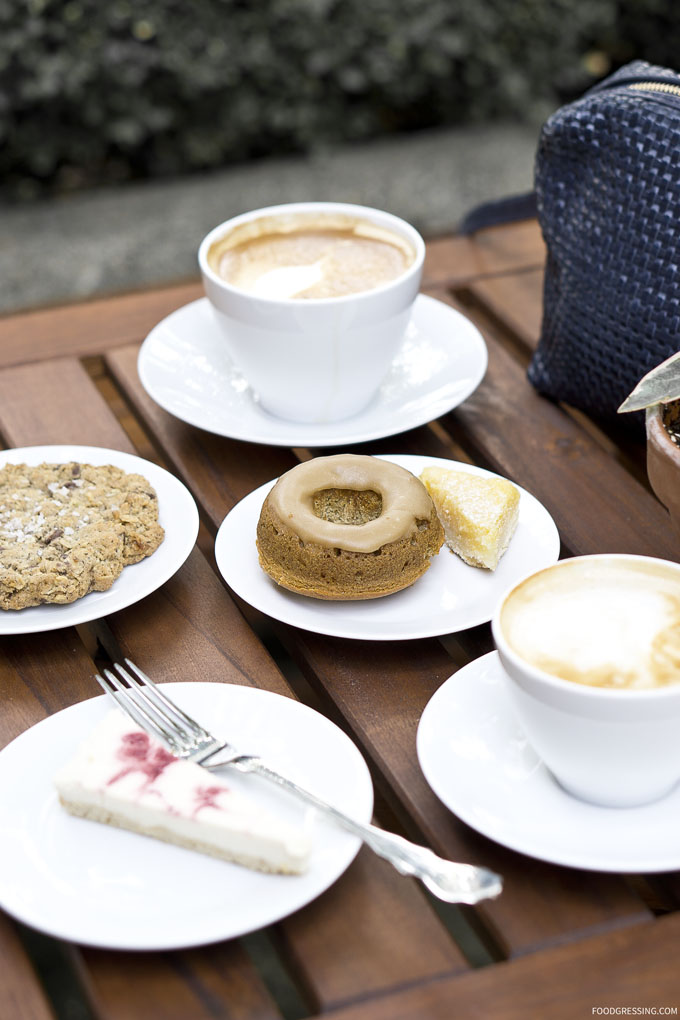 The Rosewater Almond Latte was just subtly sweet with some nutty flavours and a hint of rosewater.  The Spanish Latte had full fat milk with a touch of sweetened condensed milk, steamed together; it was lusciously creamy and sweet. 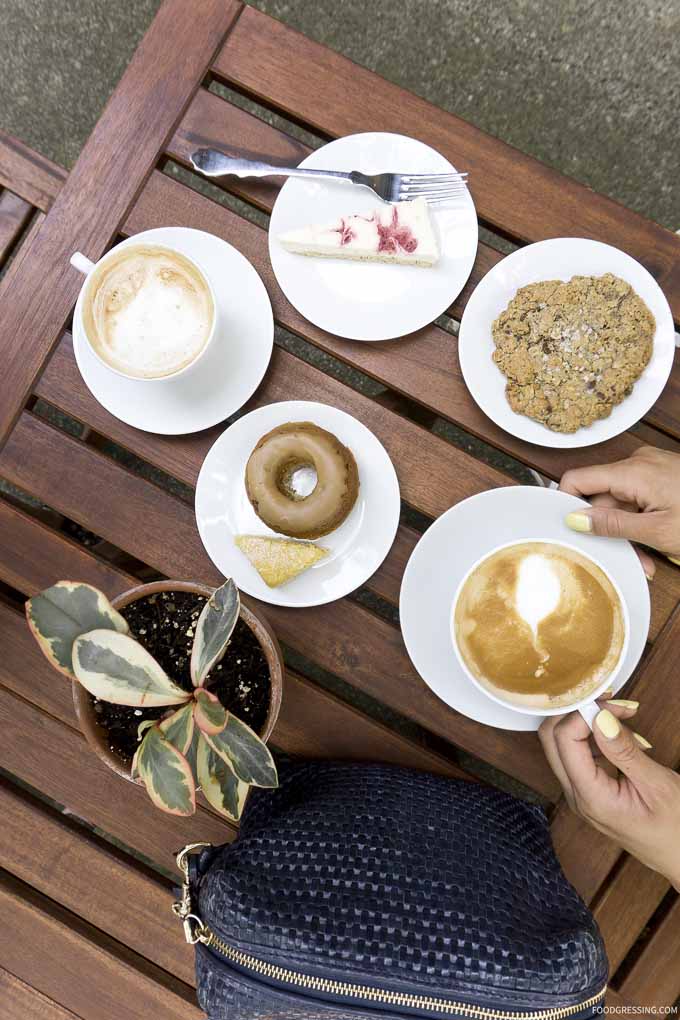 The Vegan Cheesecake was heavenly and I highly recommend it.  It was a creamy vanilla cashew cheesecake with a shortbread graham cracker crust and topped with a roasted strawberry swirl. 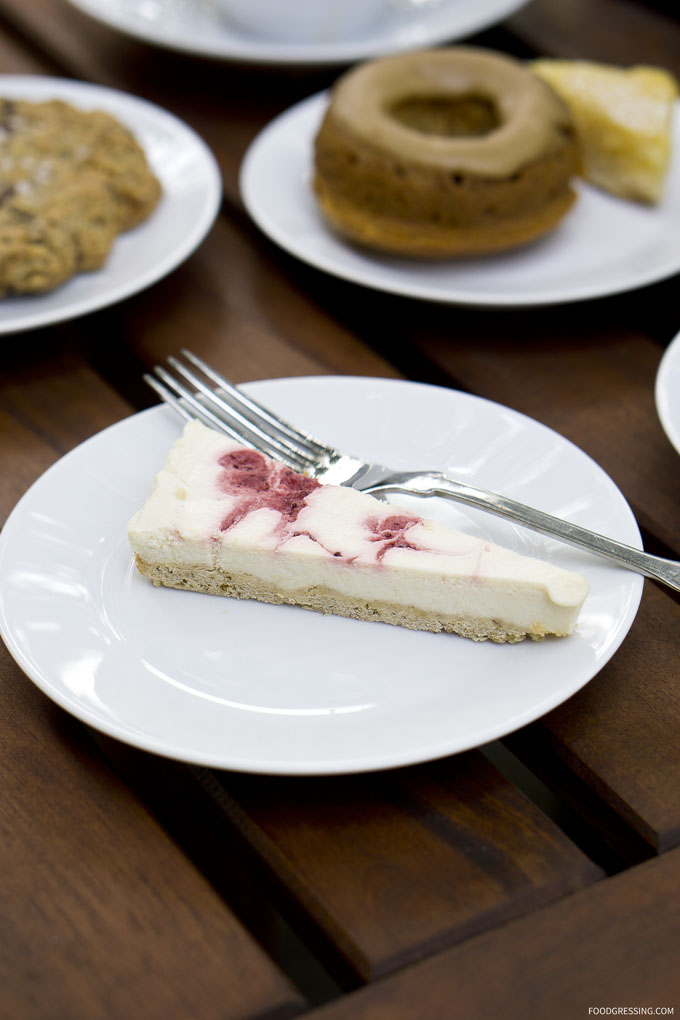 Donut lovers would be impressed with the Vegan Donut which was light, fluffy and delicious.  As a fan of lemon desserts, I quite enjoyed The Polly Fox’s lemon bar mini with a shortbread crust. 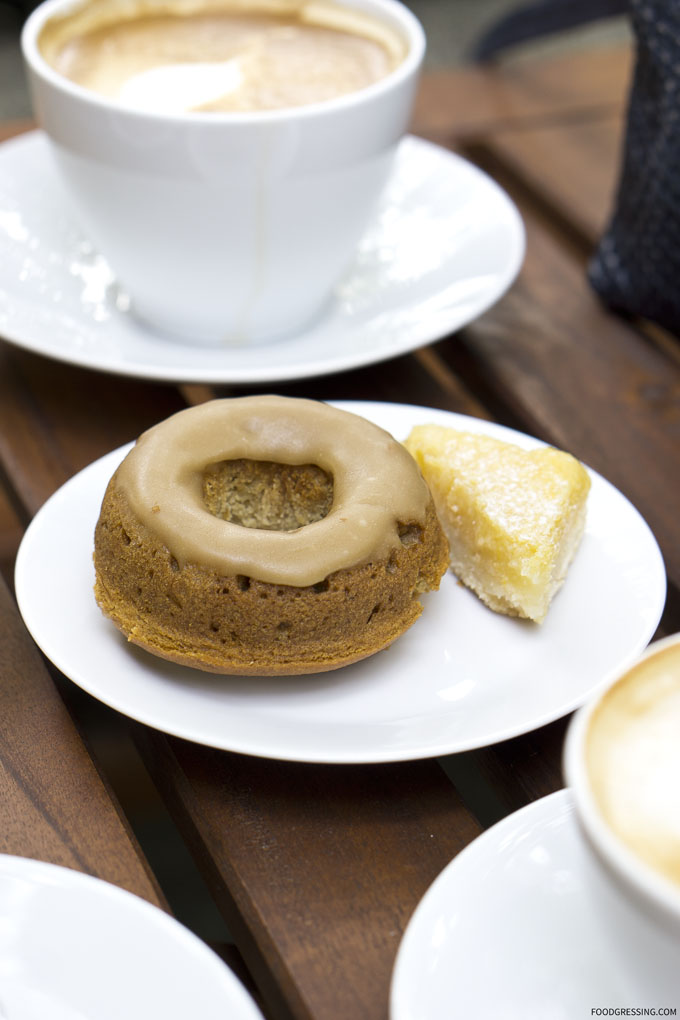 The Vegan Chocolate Chip Cookie was nicely chewy and had a great chocolatey flavour. 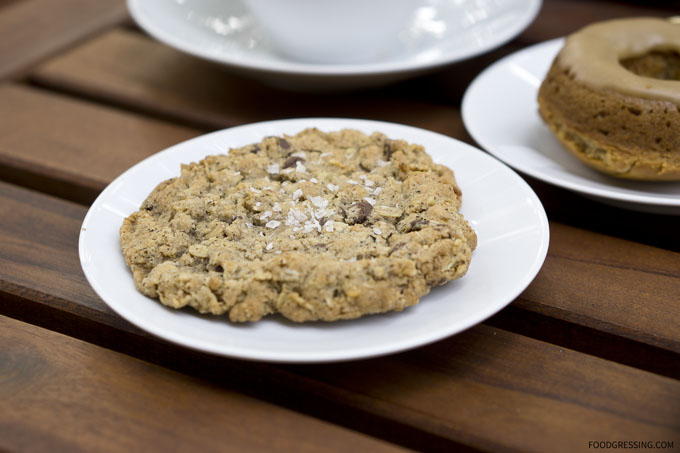 I love the Polly Fox’s cozy, warm and community-oriented vibe.  My favourites were the Vegan cheesecake and Lemon Bar Mini.  I’ve only been to one dedicated gluten-free bakery ever and I found The Polly Fox’s treats to be better than what I have tried elsewhere.  This winter, The Polly Fox is moving to a bigger and better space on Essendene Avenue (still in Abbotsford).  But for now, you can find them at 33477 Mayfair Avenue.