Tacomio in Gastown has been around for over two years now and that is impressive considering that Vancouver has numerous popular taquerias already.  I had been accumulating quite an amount of referral credits for foodora so I decided to apply some of it to try Tacomio this past summer. 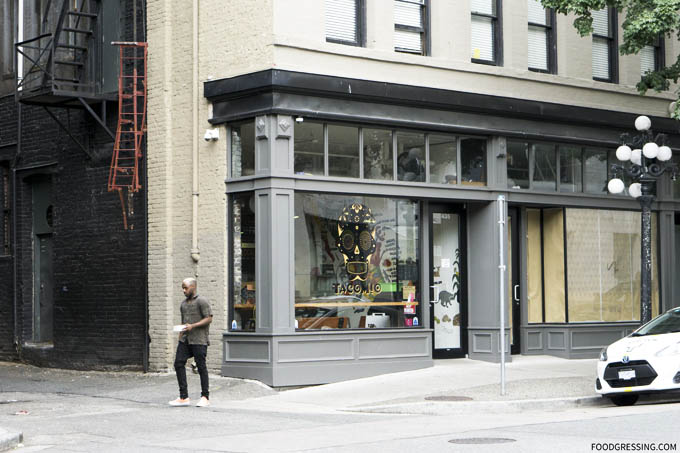 Note:  None of the food in this review was complimentary.  This review is done anonymously.  All opinions are my own.

I had ordered 6 tacos from Tacomio via foodora for $18 which is more expensive than what you would pay at the restaurant ($15).  The tacos came by delivery as I had been feeling rather lazy to drive over there to pick them up.  The tacos I tried where: 2 x Rajas Con Crema (corn), Carnitas (pork), Picadilla (beef), Puerco Borracho (pork), and Tinga (Chicken). 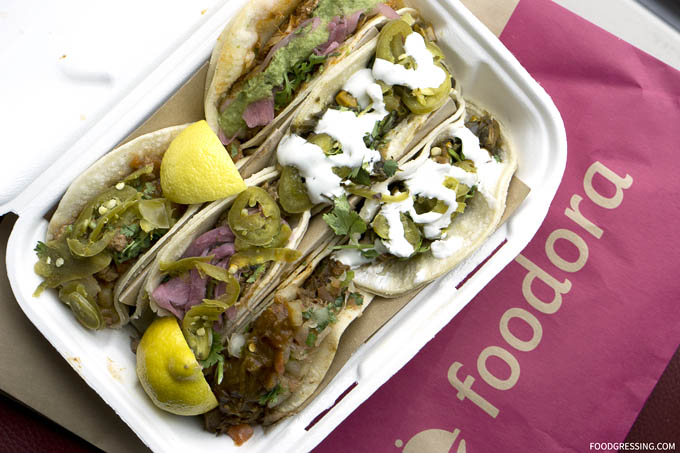 I’m a regular at La Taqueria and Rajas Con Crema (creamed organic corn, poblano peppers) is my favourite taco flavour.  I didn’t like Tacomio’s version as much because it wasn’t as sweet and creamy compared to La Taqueria’s and rather more on the savoury, peppery side. 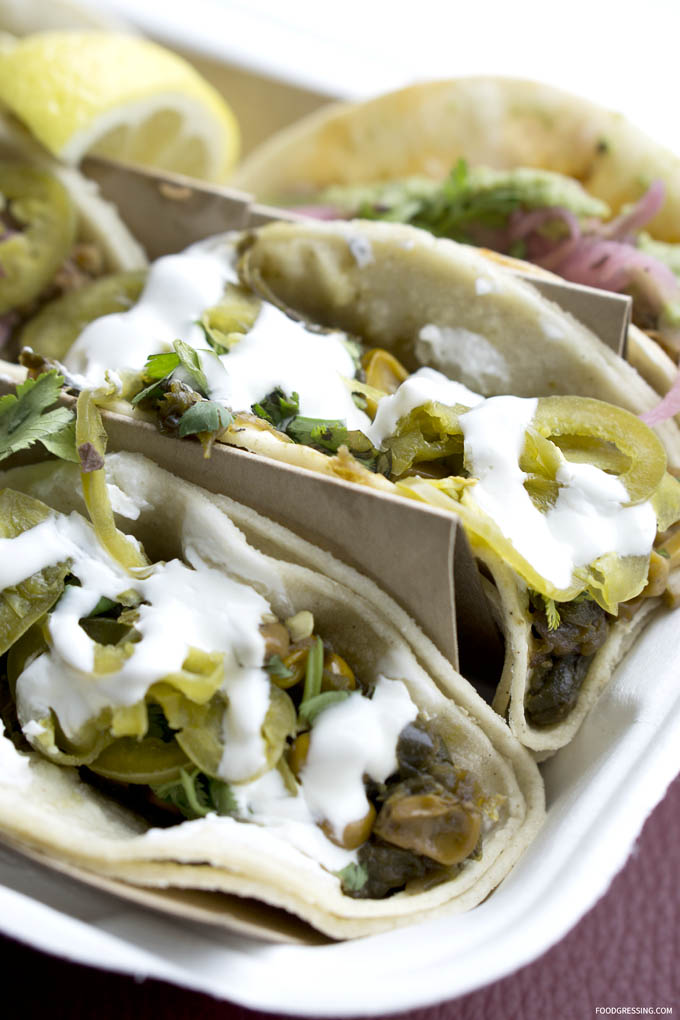 As for the other tacos – Carnitas (pork), Picadilla (beef), Puerco Borracho (pork), and Tinga (Chicken) – they were OK.  Portions of meat were reasonable and so was the flavour.  I still feel the tacos at La Taqueria are more flavourful, more saucy and the meat is more moist. 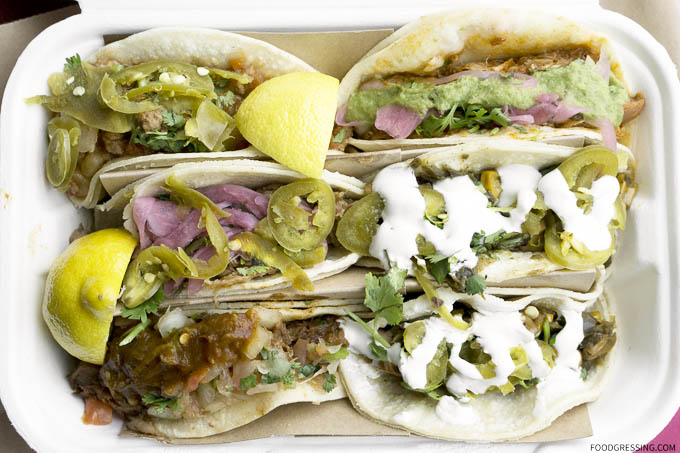 The tacos I tried from Tacomio were average in terms of flavour, portions and pricing.  I can’t say that they’ve persuaded me to be a regular customer but I wouldn’t mind having it again.  Rating: 3.5/5