On our road trip to Alberta, my family and I stayed a night at the Travelodge in Golden, BC.  Getting in late in the evening and losing an hour to Mountain time, we decided to order some takeout for a quick dinner.  Red Tomato Pies had an ad on the back of our hotel key card, so I decided to give them a try.  I was able to order online via their website and got a 14″ Canadian Eh! pizza (ham, mushrooms, pepperoni, bacon) ($20.50). 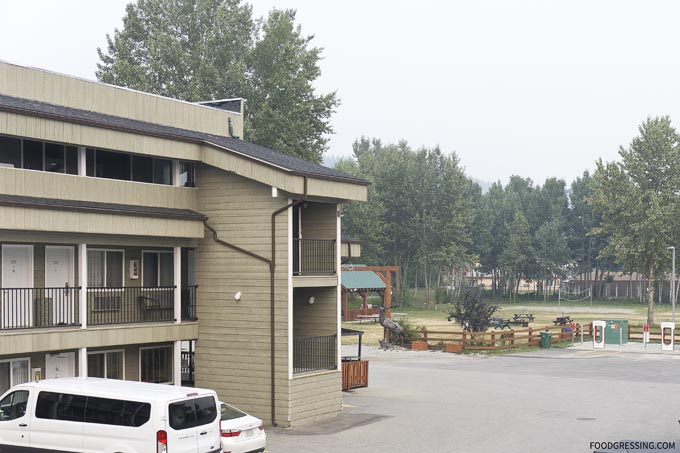 The order came out to be about $25 including a delivery charge of $3.  A staff member came to our hotel in a pickup truck to deliver the pizza. 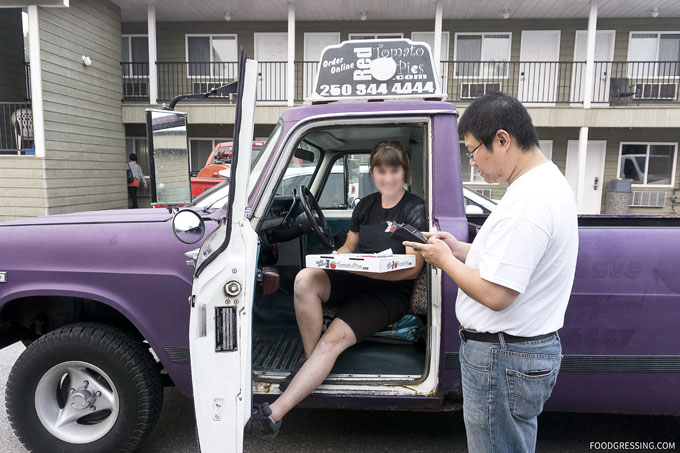 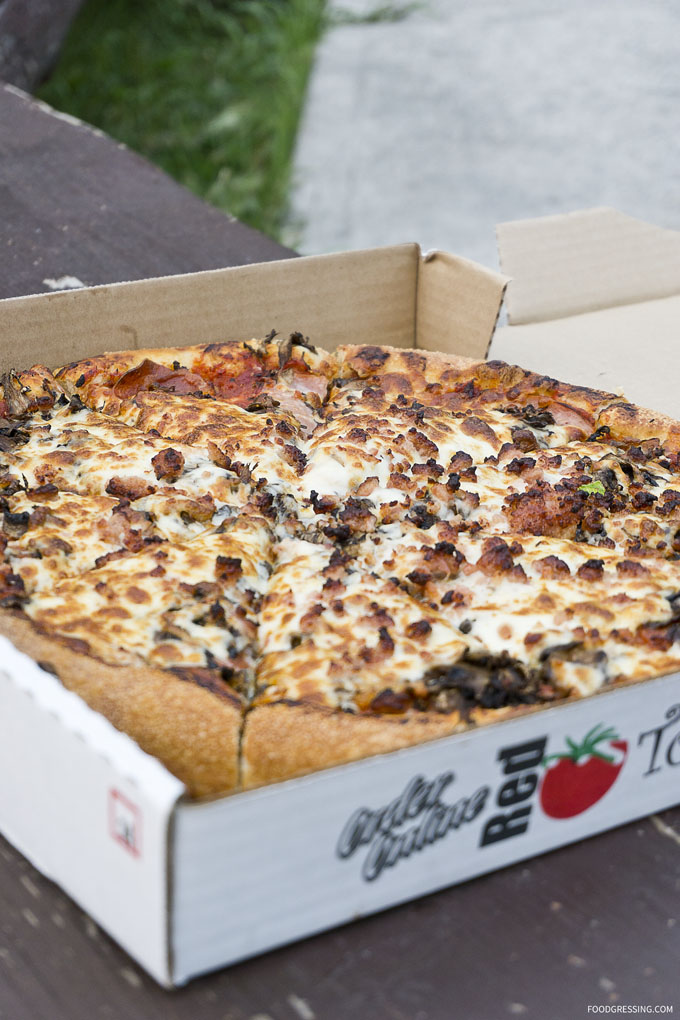 In general, I thought the pizza was pretty tasty and hearty.  The crust is thick and crispy on the outside with a soft, chewy center.  The topping to crust ratio was reasonable and I enjoyed the nicely melted mozzarella. 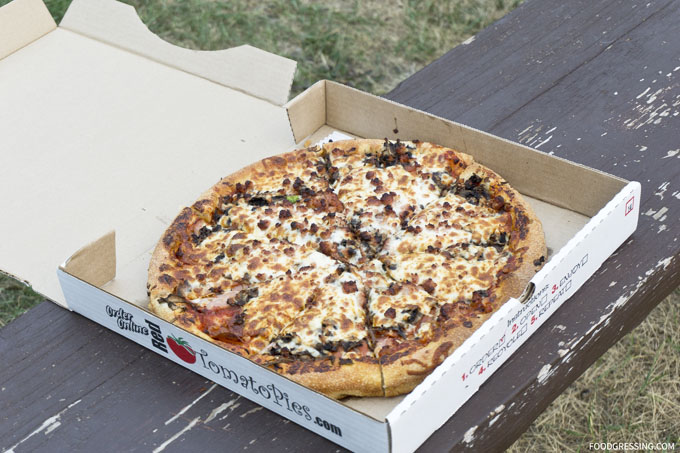 My only issue with the pizza was that it was a bit greasier than I would like.  While the pizza had a great flavour and texture, I could only handle 1.5 slices due to the greasiness.  Same deal with the husband who is a voracious pizza eater; he ate less than usual. 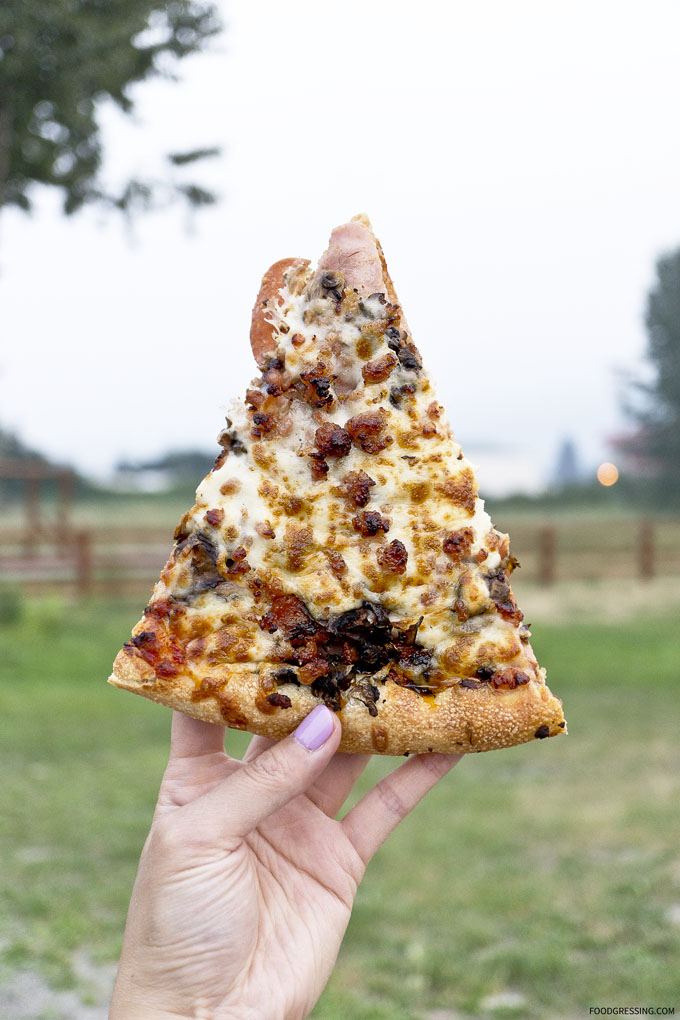 I generally enjoyed the Canadian Eh! pizza we ordered which had great flavour and a tasty crust.  A great pizza for some greasy comforts but otherwise moderation would be key.  Rating: 3.5/5 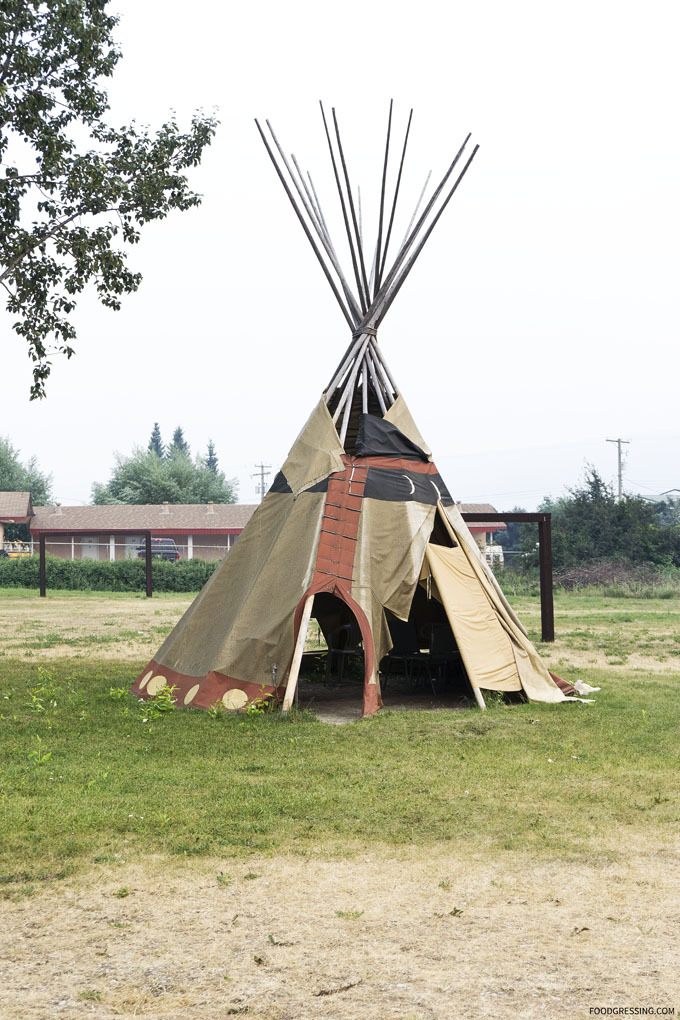