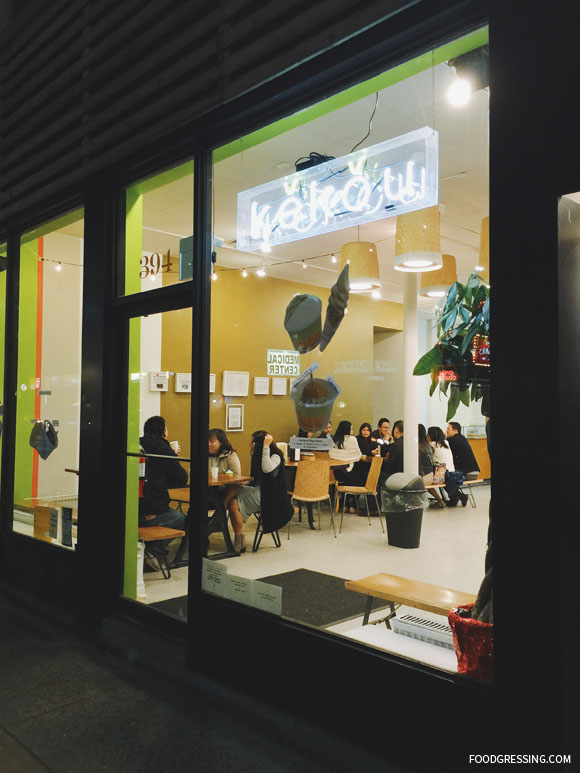 A few months ago, in Toronto, I was prowling around Queen Street one night for some late night dessert with my husband, son and friend.  Just a few doors down from Fresh Off The Boat, which I tried the day before, was Kekou Gelato.  I didn’t know much about Kekou Gelato, nor did our friend who now lives in Toronto.  Seeing as how there were quite a few customers inside at that time, we decided to give it a try. 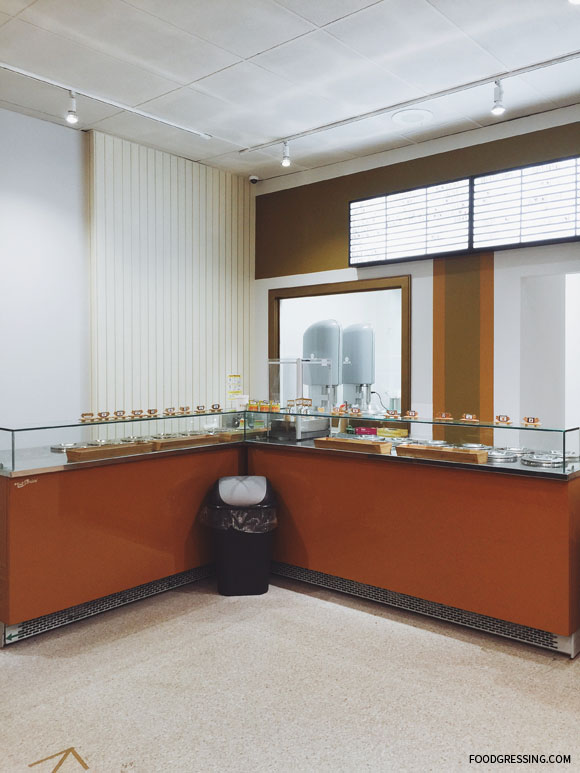 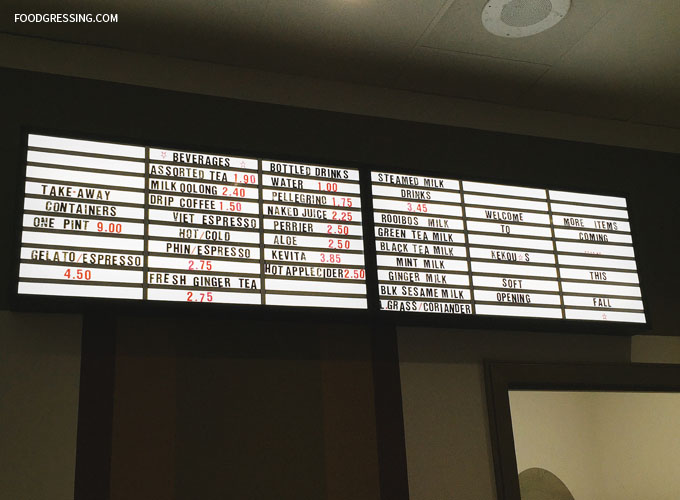 I was immediately surprised by the flavours offered by Kekou – that is, Asian-inspired!  At Kekou Gelato, you can enjoy gelato in flavours like red bean white chocolate, Chinese 24 herb tea, durian, and roasted oolong tea.  These flavours are in-fact made in-house.

Those who are lactose sensitive may enjoy non-dairy sorbet flavours like Tsing Tao peach and Osmantus plum berry.   They also offer soft serve in flavours like jasmine tea and almond tofu.  Kekou Gelato’s soft serve is from a base which is pasteurized and aged for 10-12 hours.

A variety of drinks including loose leaf teas, drop coffee, Vietnamese style coffee, and steamed milk drinks are also offered.  You can also get an affogato, which is a gelato-espresso mix. 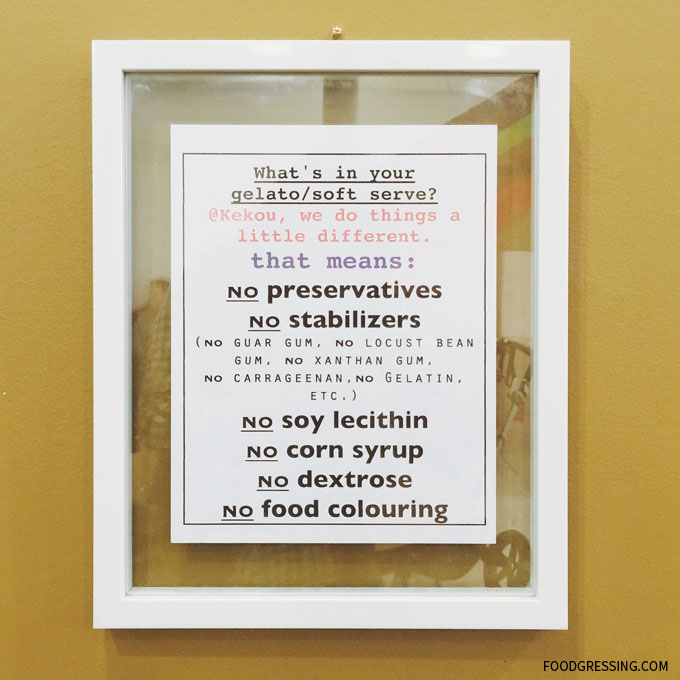 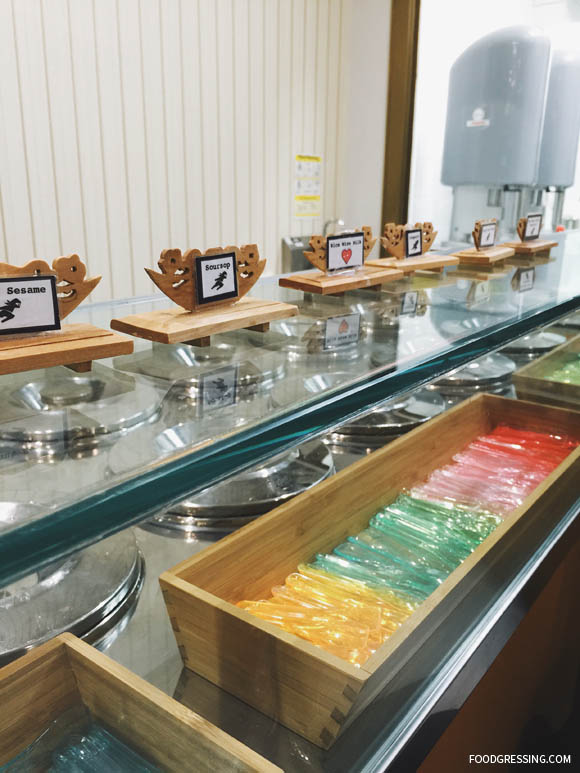 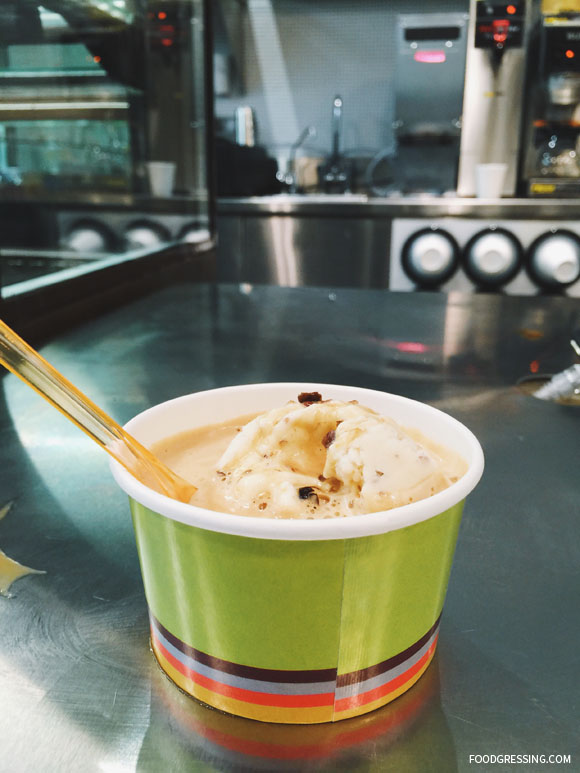 Our friend had a mango gelato which he thought had a nice smooth texture (despite not using stabilizers) and a delicious mango flavour. 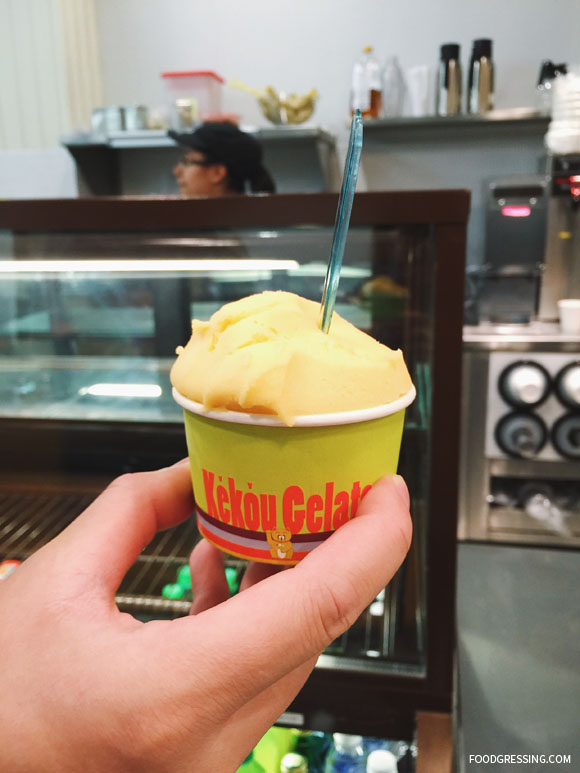 The flavours that I tried at Kekou Gelato tasted like what their names suggested.  The affogato was fun and tasty with its changing textures.  I’ll be sure to stop by again next time I’m in Toronto.  Rating: 4/5 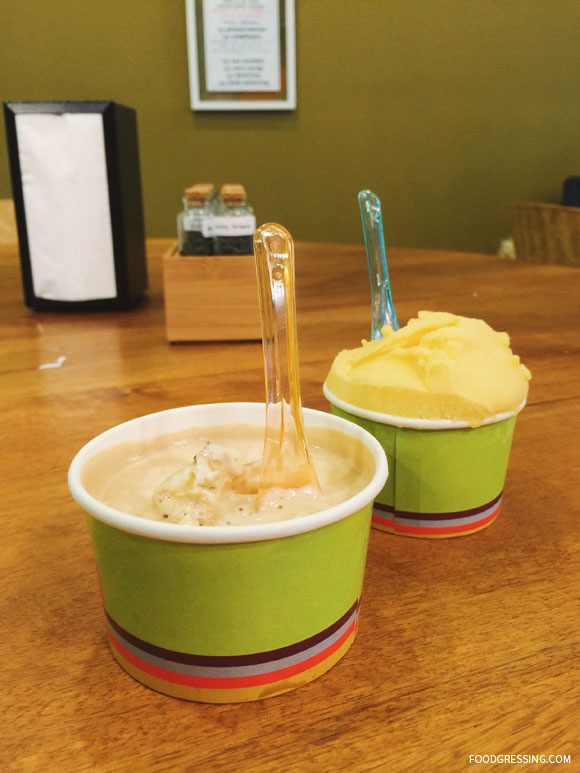