On Canada Day last year, my family and I ventured to Canada Place to participate in the festivities celebrating our great nation.  One of the food stalls that we came across was that of Dunn’s Famous.  We decided to go with some Canadian-inspired eats including a Montreal Smoked Meat Sandwich ($13.50) and Dunn’s poutine ($10.50). 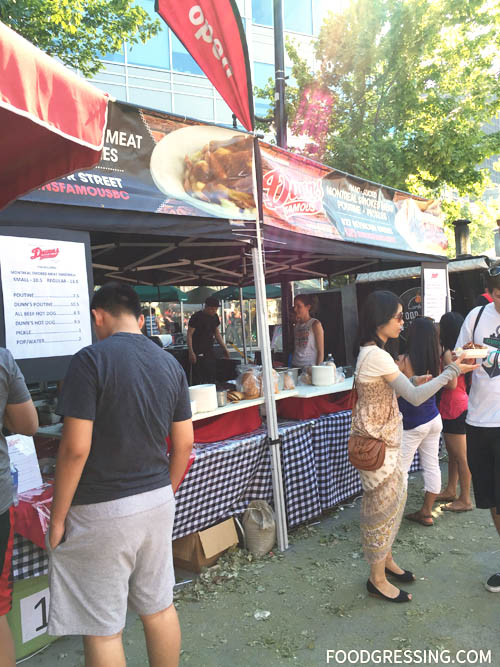 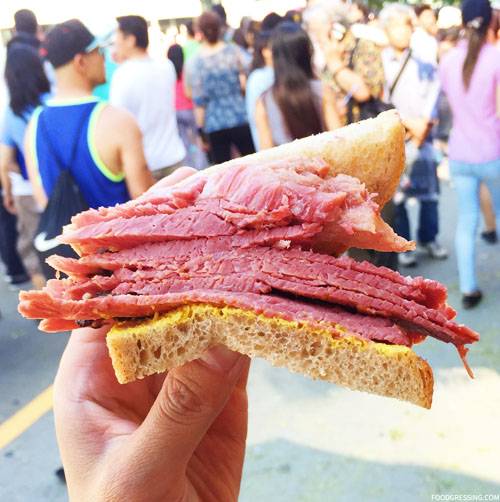 Dunn’s poutine came with BBQ gravy and chopped smoked meat.  Pretty good overall with decent portions of meat.  Some of the cheese curds were not as soft and melted as I would like. 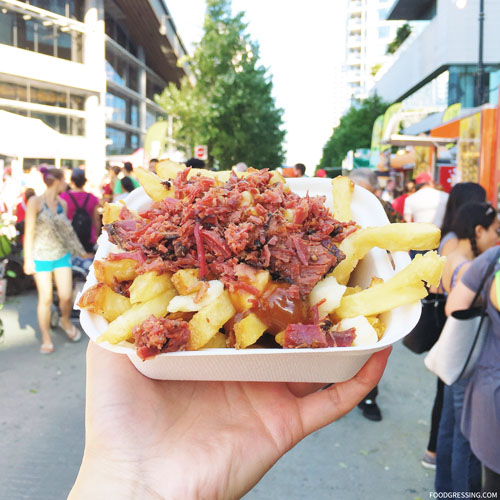 The two items that I tried from Dunn’s Famous were overall tasty and fairly priced for an event food stall.  I am interested in visiting their restaurant in the future.  Rating: 3.5/5