Canadian Prime Minister Justin Trudeau and President Donald Trump had their first face to-face on Monday and one moment from their meeting has gone viral – their handshake.  When Trump reached out to shake Trudeau’s hand, Trudeau paused and looked at the hand awkwardly before he took the President’s hand.  This generated a Photoshop and caption frenzy from meme enthusiasts.  Here is a compilation of some hilarious food-related Trump and Trudeau handshake memes. 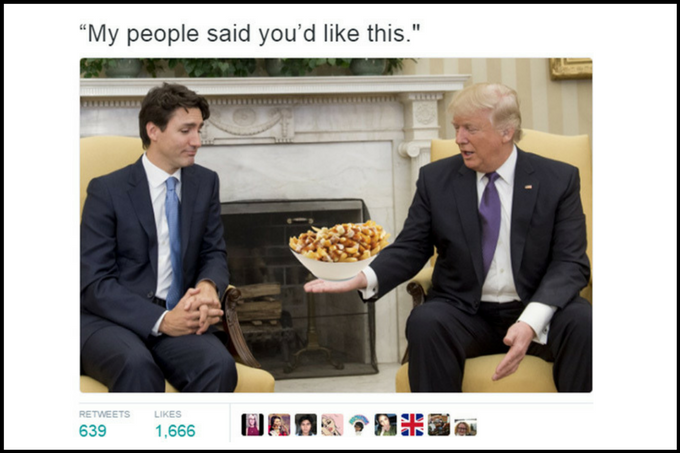 #TrumpMeetsTrudeau with a bout of #TimHortons #POTUS is thrilled by trading tim’s
For #refugee exit. pic.twitter.com/ObHiWaZoEe

Trudeau: No, I love poutine. pic.twitter.com/WGxqLIt0bn 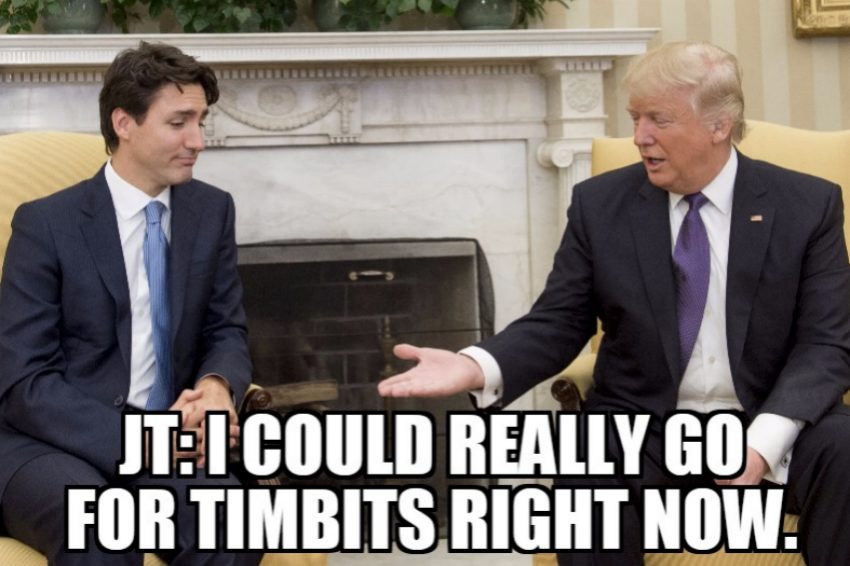 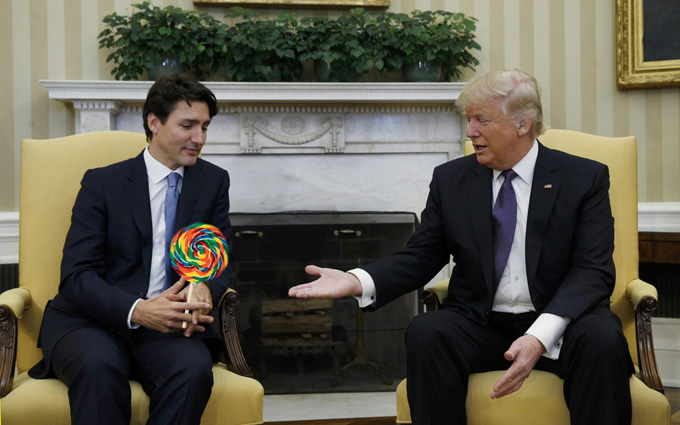